What Debt to Pay Off First 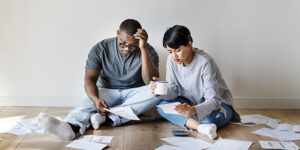 Have you found yourself in debt and now want to get out of it, but do not know where to start? When have a lot of different payments being sent to you and a variety of different types of debt it can be confusing and difficult to know where to start. Everyone’s journey out of debt will be different, and the best choice for you will be determined by your unique circumstances; however, this article will highlight some of the benefits and negatives that come with attacking the different types of debt you may have.

When you decide it is time for you to start getting out of debt, the first step is a comprehensive budget. A detailed budget it key to paying off debt in the most effective and efficient way possible. The budget needs fully comprehensive, meaning every single expense needs to be listed along with each debt payment as well as every single source of income. Once it is all on paper you will be able to see how much money you can spare to pay extra on your debt each month. It is a good rule of thumb to put extra payments on only one debt payment at a time until it is paid off. Then you can use the extra payment amount and the old bill amount together to pay extra on your next debt payment. Now you have to choose which of your debts to pay off first.

Mortgages and student loans are considered long-term debt and often also considered ‘good’ debt, this is because often they are helping the individual gain income or net-worth in the future. This category of debt will often take the longest to pay off, because it is often the most money owed. Until one has a significant amount of money to pay extra each month, it will be hard to see progress. However, these debts also usually carry the lowest interest rates out of all the types of debt a person may have. These types of long-term debt are often recommended to be the last debt to be paid off.

Consumer debt is defined as personal debt that originated from purchasing personal and household goods. Credit cards, department store charge cards, and auto loans are all examples of consumer debt. This category of debt has shorter term limits and often high interest rates. Although not all consumer debt interest rates will be equal. Most credit card interest rates are near 20%, while an auto loan will be in the single digits. In most people’s case, consumer debt is the first debt that should be paid off. The difficulty comes in when individuals have multiple types of consumer debt and they must make a decision of which to attack first. There are competing mindsets when it comes to this. One is to choose the debt with the highest interest rate as that is the one compounding the most. There is also the popular Dave Ramsey method, of attacking the smallest bill first so you can roll the money you were spending on that bill with your extra payment amount to start a ‘snowball’ of extra money to use to attack your debt payments.

Medical debt can be complicated. Often when you have a bill at an emergency room or medical office that you cannot pay, you will be set up with a payment plan with little to no interest. As long you do not go through a period of not paying, you can often avoid the debt from being sent to a collection’s agency. As long as the debt is still at the medical facility a discount can often be negotiated. Medical debt is a necessity to pay off as soon as you can; however, if you are spread thin and have other consumer debt, it does not have to be the first debt you attack for few reasons. Medical debt is weighted differently on you credit score then other debt, also after seven years medical debt will not even appear on your credit score anymore. There are also many state programs and non-profits that can help overcome medical debt. 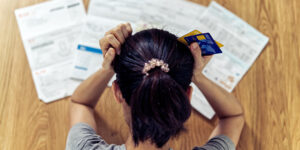 Debt can seem overwhelming, but all debt is not considered equal. There are certain benefits and negatives that come from each type of debt. With a comprehensive budget a clear plan can be created and followed.