Debt is a scary word for many in today’s society. There are also many different types of debt. Money is lent to individuals from a variety of institutions. The individual will pay this money back in a series of monthly payments with added interest, this is considered debt. Money is lent for a variety different reasons, by a variety of different institutions. These institutions set their own specific parameters to be repaid which consist of how often payments are made, the amount of interest charged, and how long until the loan lasts- meaning how long until all the debt is paid off. Loans can be given out at any time limit; we will talk about common long term and short-term debt the majority of the people throughout the country have. 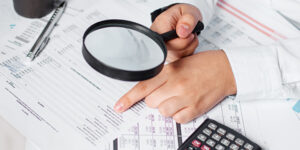 Lenders are always going to get their money. Even though it would be cheaper to have a short-term loan if interest rates were the same, they are rarely if ever the same. Depending on an individual’s credit score they currently could get a home loan for under 3%, while the same person’s interest rate for their credit card could easily be over 20%. Often the loans that are most common to have for short-terms are given out with higher interest rates than those more common with long-term loans.

Interest rates change as the market and economy changes. When interest rates are low it is common for individuals to take out loans such as refinancing their home, so they can utilize the money they are saving in other investments. In a market like we have now, were home loan interest rates are at an all-time low, it would make financial since to pull money out of their home at a less than 3% rate and use that money to pay off other short term debt such as high interest credit card debt or even a car payment which are often a few percent higher than home loans.

So you get tired of having so many different debt payments and have some extra money you want to use to pay down you debt, but which debt should you pay extra payments to first? Your personal situation may change things, but in common it makes more financial since to put extra payments on short-term debt first. Those most often have the highest interest rates. Also, the Dave Ramsey snowball effect can be established. If one puts there extra money towards a smaller short-term debt, once it is paid off the individual can take their extra money and the amount of their old payment they just paid off and put all of it towards their next shortest term loan. This keeps going, and as you continue to pay of debts that amount you can put as an extra payment keeps growing larges, just like a snowball rolling down a hill.

Short-term and long-term debt either fortunately or unfortunately is just a way of life for many people throughout the country. Each has its own positives and negatives. Short-term debt gets paid off quicker, however often comes with a higher interest rate. Long-term debt is a payment you may have to make for the next thirty years; however, it is often at a much lower interest rate and allows an individual to purchase something they otherwise would not have the money to buy.